Every living creature is driven, moved, and motivated by the instinct of subsistence and preservation of race. For everyone to understand, eating and sex works. This is the same from amoeba to man. At one level of evolution, conscious thought appears, but it serves mainly the two instincts. So, what many people call conscious action in order to increase their own income on the expense of others, to get women for one night, or to exploit males, are all brain activities under instincts that don't differ from those of a monkey, a lion, or a mouse. Those work in them, too. After that, it is very difficult to find a subject that makes a person worthy for the privileges of Allah based on his/her own conscious decisions. After all, man is largely subordinated under these two instincts, becomes the servant of them, rather than rising above the level of these two instincts. I did not say to extinguish these two instincts, for it is impossible, just arrange them in a frame and open one's mind to other activities too, such as caring, discovering, moving beyond the past, and so on.

The situation is even worse when we see that an animal kills its victim for only one purpose: to eat that day. No more, no less. It does not accumulate food in its warehouses or capital in its banks. The sexual life of the animals serves only the begetting and reproduction. Meanwhile, regarding these two events in the man’s world appears the desire, greed, overwriting of created boundaries, and the introduction of our own unnatural norms that essentially satisfy these two instincts. But it not only satisfies, but also creates reserves that are selfish.

If we look at the world with such an eye, we realize that those whom we should respect because of their money, their power, who are protected by our laws, are larger animals than the animals. Among them in first place are the lecturers, communicators on pulpits, podiums and their background movers. In this sense, the pulpit is tentative, as I speak about the communication in general and of those who are served by that communication.

Those who are not looked at because they do their job silently, not under the two instincts, but above that level, grandmothers, grandfathers, teachers, fall out of the spotlight, while they represent even burdens, so they are sent in elderly homes and are suffering of impossible living conditions. Counter-selection. Then a new generation is born, for whom this concept is natural. They will be the ones who further develop science in the direction of generating more revenues, further harming nature, and taking all aspects into consideration at their strategic planning boards, except one: the man. From an economic point of view, the impoverished masses, who do not form consumer class anymore, are not solvent, they are just a burden creating loss, should be got rid of. Only with this logic can we understand the situation in which we live. In order to get a job, to earn a living, it's better to kill in yourself anything what is human and subordinate yourself to animal instincts. But no longer under your own animal instincts, but under the instincts of your employer and his employer. Practically from a biological point of view, you are a castrated being who is not working to preserve of your own race, but for the subsistence of your employer.

If we combine these aspects, you keep in life beings who are larger animals than the animals. You listen them in mosques, churches, political gatherings and media. Or are they not subordinated under the instincts of their employers?

Well, my goal with the above derivation is to look not only at what people say, but the motive why they say. At the same time, notice the places and people we neglect and we don't attach importance to them, while they serve humanity rather than expediency.

Serve Allah, and join not any partners with Him; and do good- to parents, kinsfolk, orphans, those in need, neighbors who are near, neighbors who are strangers, the companion by your side, the wayfarer (ye meet), and what your right hands possess: For Allah loveth not the arrogant, the vainglorious;- (Quran 4:36)

Do good deeds first of all inside the family than for those whose help is our duty. Then come those who are always there for you. In the first place the neighbor. Maybe we live far from our kins but the neighbor is there beside us no matter we know him or we don’t. 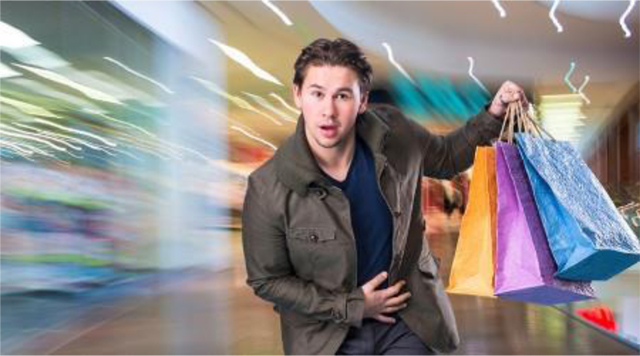